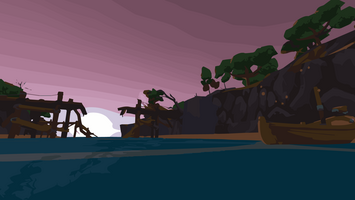 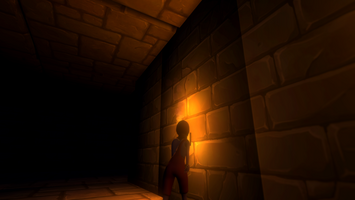 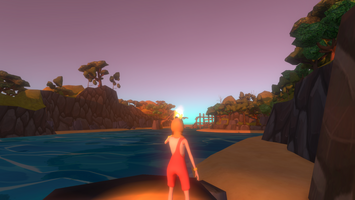 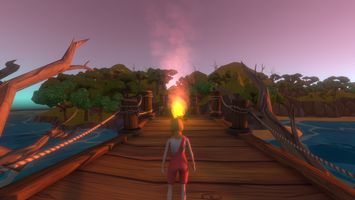 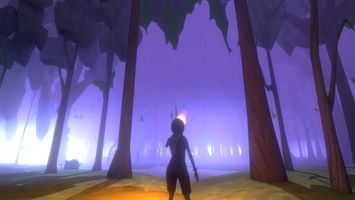 We are releasing the full artist's statement for Rayha's Poem. We felt like this would be too cumbersome to put in the actual body of the page - so a devlog would be more appropriate. We hope this facilitates a better understanding of what we were trying to do

Escape from and burning down of restrictive conventions was a central theme to Rayha’s Poem and we applied it to our design process by having the game be an action-platformer. We noticed early on during development that a majority of the games that were similar to our idea in theme and story-telling structure were slower paced, first person experiences, and we immediately knew that we had to break away from that mold.   The fact that the protagonist is a small child is essential to the narrative, and we wanted the players to be continuously aware of that fact. Therefore, having the player character always be visible from a third person perspective was critical to our experience.

The same societies that hold child-marriage as an acceptable societal norm are also the ones that are plagued by a cripplingly restrictive form of the patriarchy. Simply running around in public is seen as an inappropriate thing for women to be doing. The act of running, jumping, and vaulting around in the wilderness, core mechanics found in any platformer, thereby become transgressive when filtered through the lens of these societies.  We knew that, to tell our story, we had to have the player engage in transgressive acts repeatedly and incorporating platforming was a way we could so without having to make the transgressions a separate, distracting mechanic.

One of the mechanics we were most proud of was the torch and what it symbolized. Flames can mean widely different things even within the context of the same culture. In the culture I come from, fire is seen as a uniting force among certain religious groups – acting as a sacred seal upon a couple’s union. At the same time, it is also seen as a guiding light – pushing back against the darkness of the night and leading people to a brighter tomorrow.  The duality of fire as both a symbol of freedom and constraint was something we wanted to play up mechanically with our torch – letting players burn down impediments but also restricting how much they could see in the darkness.  Fireflies, as living creatures that embody this duality, also feature prominently as a recurring theme seen in everything from dialogue triggers to “death” animations.

Find your way to the mythical Fairyland of South Asian folkore